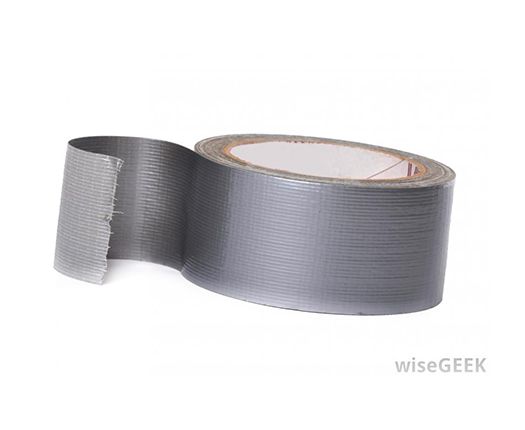 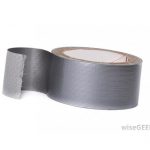 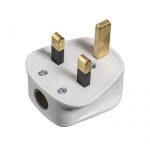 “God made the world, but it’s held together with duct tape.” Or so goes a popular saying. Duct tape is one of the strongest adhesive tapes in the market and a popular source for jokes in the US and abroad.

Uses for duct tape include repairing military equipment during World War II, patching up NASCAR cars during races, temporarily stopping leaks, and mending cracked windshields. Duct tape was also used on the Apollo 13 to repair carbon dioxide filters; if duct tape had not been available on board, the crew would have probably died.

Duct tape is available as silver or a transparent tape, and is made with a mix of fabric and rubber. Uses for duct tape are not only limited to professionals, as homeowners can find hundreds of use for it around the house. Duct tape is known in Scandinavia as “Jesus Tape,” a clear allusion to the tape’s capacity of performing miracles. The only repair that is not possible to perform with duct tape is the sealing of air conditioning and heating ducts, which ironically was the use that gave the tape its name.

Duck Products, one company that manufactures duct tape, organizes a series of annual competitions daring people to think of unusual uses for duct tape, from creating prom dresses to decorating cars and trucks. People who come up with the most creative uses for duct tape get college scholarships and thousands of dollars.

Other common uses for duct tape include:

You've just added this product to the cart: